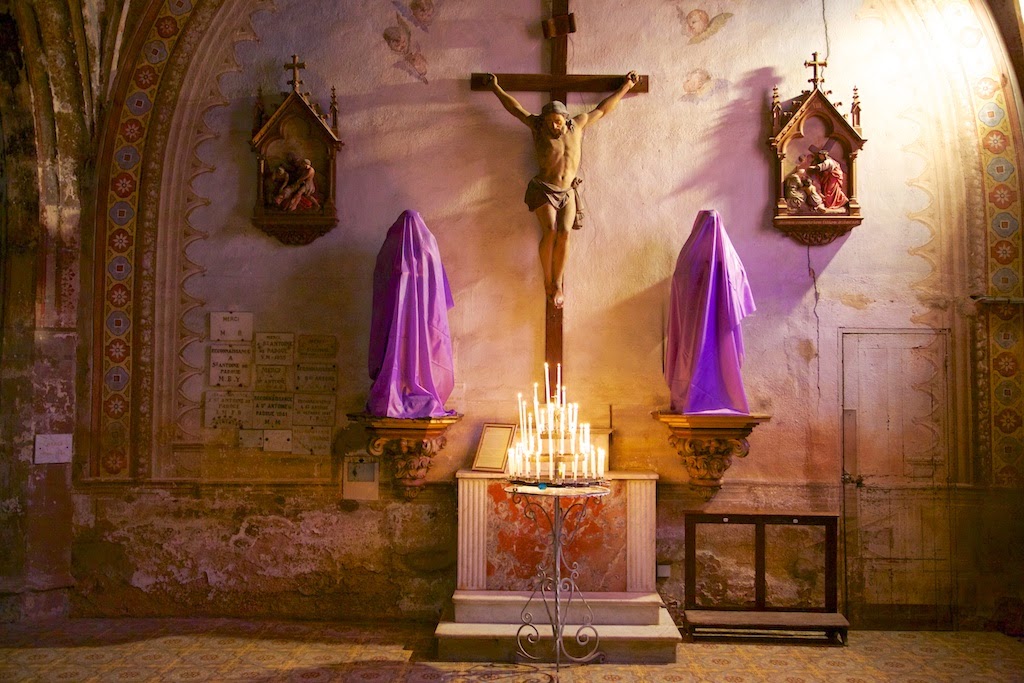 The catholic church is probably one of the greatest examples of this pattern.

As a planner and Byron Sharp evangelist, I am often thinking about how to increase the consistency of creative work because consistency increases the effectiveness of communications over time. "A brand cannot be distinctive if it is not consistent." And communications will not increase a brand’s fame if they aren’t distinctive. Which is not great seeing as increasing brand fame is the most profitable objective for communications.

Sadly the word ‘consistency’ is probably the least appealing word a creative can hear. It sounds like a constraint, a formula, the enemy of new, brave and exciting. Basically the opposite of creativity.

I see the pattern of - consistency⇒distinctiveness⇒fame⇒success – in creativity from churches and Hollywood to graffiti, in YouTube channels and garage music. And there’s a lot we can learn from it.

To be clear I am not attributing all of the success below to consistency, an overwhelming part of it is that it’s all fucking great.  But when you consider what has been kept consistent, in the context of how the creative is experienced, there’s a lot to learn.

Everything in Wes Anderson’s movies, from the opening titles, to the types of characters,  actors, stories, dialogue, colours etc etc is born from one consistent style. Yes other directors have styles but not like this.

Through this consistency he has created a movie franchise around himself as a director, rather than around a story or character as is traditional. It’s the next Wes Anderson movie, not the next Harry Potter or Bond.

And his box office takings show extraordinarily consistent growth, akin to a successful movie franchise, when compared to successful directors like Spielberg or Nolan who are up and down like a yoyo. 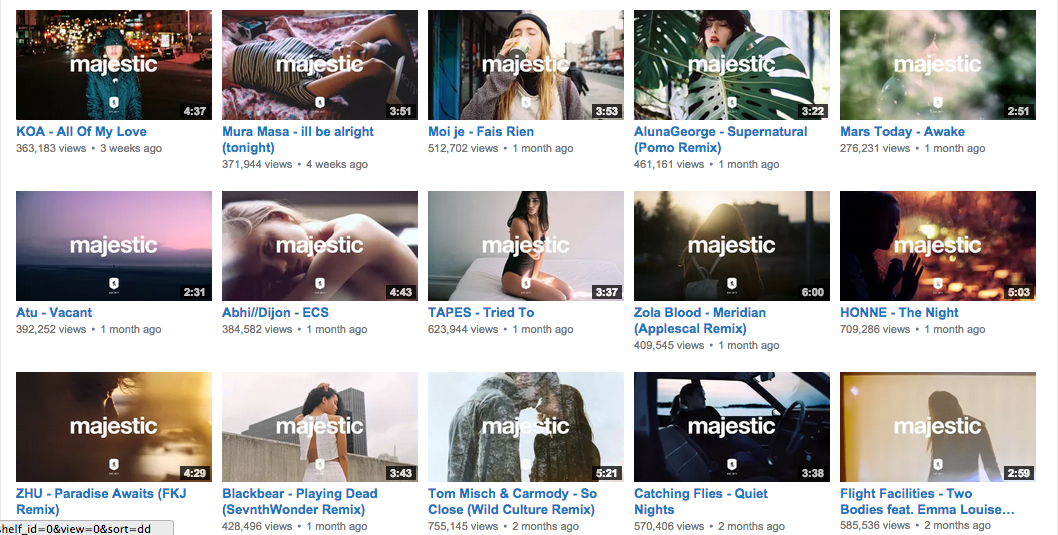 Established in 2011, Majestic Casual was one of the first music blogs on YouTube spanning genres including deep house, hip-hop, indie and pop.  99% of their music uploads have no video content, just a static image and ‘majestic’ in white. In that ‘what should I listen to next’ moment, seeing that branding massively increases the likelihood of trying something new or spotting something you like, as ‘majestic’ is instantly noticeable in YouTube’s sidebar. It's a decision you often want to make quickly and this helps you do it.

Majestic Casual has a total of nearly 600million views, with a guarantee that each individual video will climb into the high hundred thousands, if not millions. This approach has subsequently been copied by a lot of other YouTube channels, although no brands with a marketing budget as far as I can tell.

Onto DJ EZ, widely regarded as the greatest garage DJ of all time, who is still hugely successful despite the rest of the genre practically dying out. He’s the only DJ I know of who’s got what is essentially a branded audio jingle that he starts every single set with. It can often be heard during as well.  Classically this is what Radio stations do, EZ has just applied the thinking to his own work. Have a listen. You just can’t help noticing it and remembering it.


A shrewd move considering he is always playing through someone else’s media channel, be that a radio station, YouTube channel or nightclub. By comparison all other DJ’s introductions sound the same. 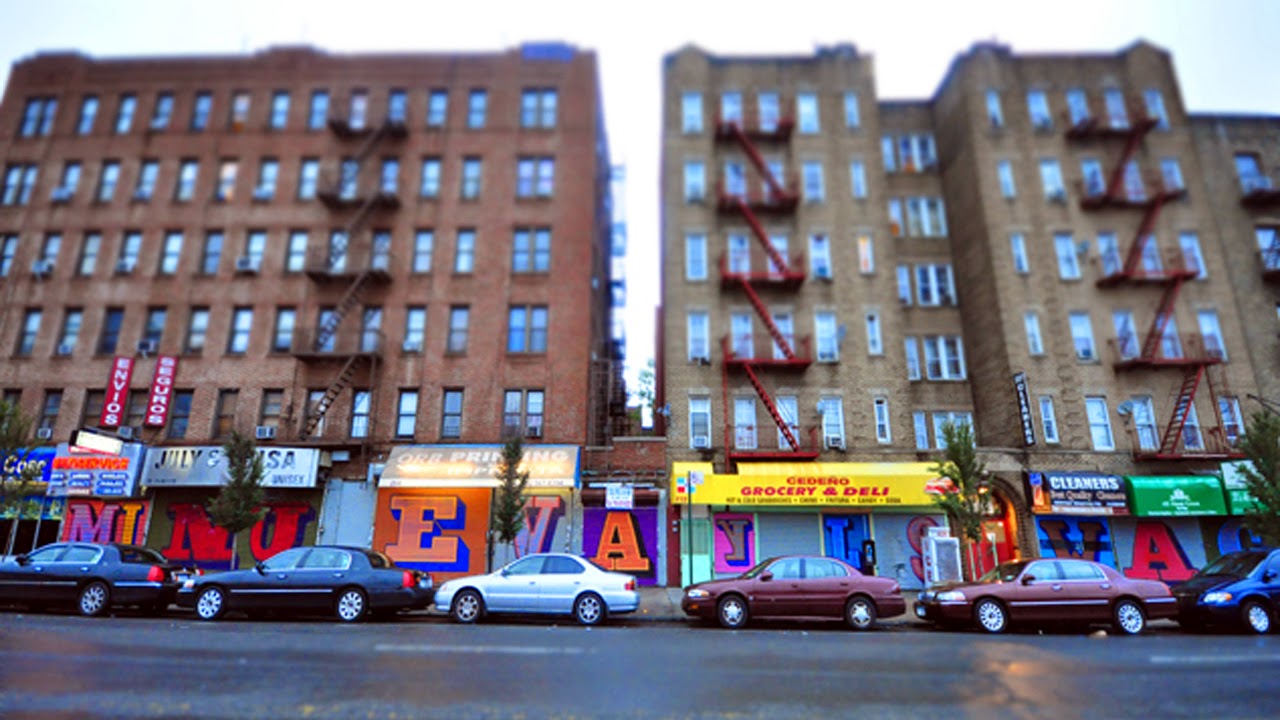 Ben Eine fell in love with the alphabet and subsequently created a new approach to graffiti. In line with being ruthlessly consistent in search of fame, traditionally graffiti writers will paint the same word over and over and over again, not necessarily in the same style though. Eine painted different letters everywhere, but they all explored the same style of typography. His rise to fame was meteoric, commercial success followed and David Cameron even gave one of his prints to Barack Obama as a present.

What do you think? Give me a shout @LucianTrestler

And if you found this interesting and could find it in your heart to give me a shout out on twitter I'll love ya forever!

Les Binet & Peter Field, Marketing in the era of accountability.